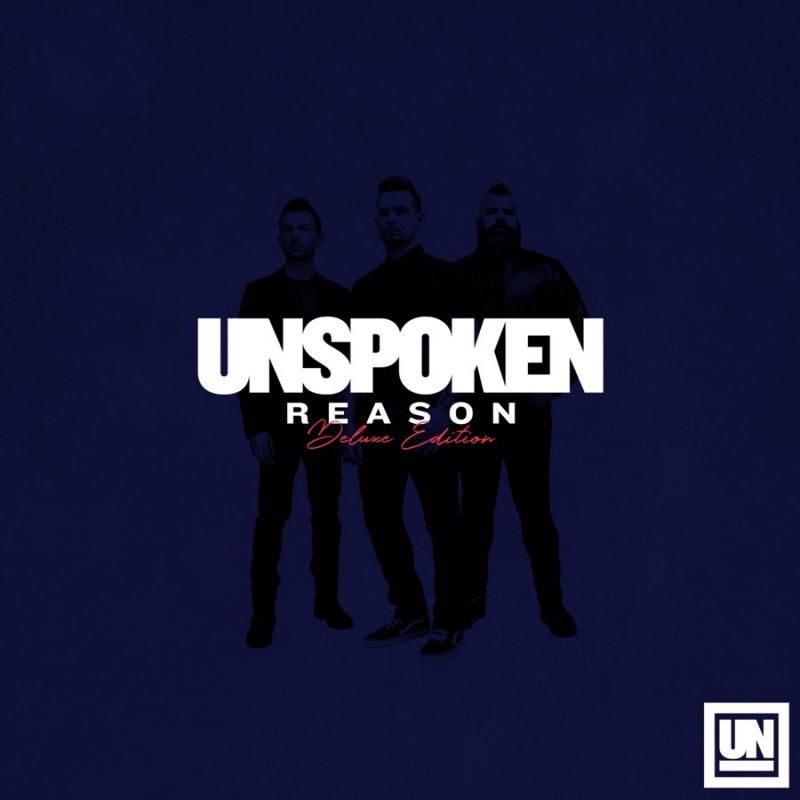 The band Unspoken is no stranger to the limelight with “Start a Fire” reaching the #1 position on the Billboard Christian charts. Along with “Start a Fire” are the songs “Call it Grace”, “Lift My Life Up”, “Who You Are”, and many others that have had a good amount of airplay on Christian stations. The newest project from band Unspoken, titled Reason , releases Friday with very much anticipation from Christian listeners.

“Reason” in terms of musically has departed very much from the first album dropped titled, “Unspoken”. The lyrics are still just as powerful and meaningful as before, but you can most definitely see the growth that this band has gone through to get to the point they are now at. The meaning behind this song is so simple and yet it needs to be said more often. “His love is the reason to keep on believin’” is just a few of the words of the chorus and it says the meaning right there.

“Help is on the Way” returns to the roots of their original sound. It has that nice melodic sound that they have become known for. This song conveys that we are never alone and that no matter what we face, help is always on the way. God is always there to help us as long as we ask for it.

“You’ve Always Been” has a similar sound to “Who You Are” from their first project. That does not make it any less of a song though. “Everything I’ve needed Lord, you’ve always been” talks about that the only thing that we have ever needed and will ever need is found in Jesus Christ. The instrumentation on this song is very smooth like their past music with a nice little twist that helps it to stand apart.

“Never Would Have Made It” has a good small opening rift that makes this song one that will be remembered from this album. This song does not shy away from the truth. The opening verse starts out like this: “I kept my momma up late, on her knees as she prayed for her boy who was hanging on by a thread. I was acting a fool, I was skipping school, getting high as a kite, gonna wind up dead. She believed I’d return like the prodigal, pray to God every day for a miracle, no I’m not a lost cause, she wouldn’t give up on me.” The track talks about struggling with addiction but that God will never give up on any of us.

“Let It Be Love” starts at the very beginning with strong vocals and a light melody that gets stronger as the song continues. This track has a vibe similar to that of “Bury The Workman.” This song is talking to us all as Christian and saying if we want to be known for something, let us be known by our love much like the verse in the Bible, John 13:35.

“Human Condition” has a very eclectic sound when it comes to the musical aspects of the song. This track starts the conversation of the fact that society today pretends on everything. Have to find the perfect picture with the perfect filter so people don’t see the real person behind it. This song is a very interesting social commentary while also talking about the fact that Jesus loves us just as we are so we don’t have to worry about what other people think.

“Already Won” has an upbeat vibe with lyrics that speak to the soul. The mix of instruments in this song is classy and makes you want to get up and dance. The meaning behind the song is that when we have faith in Jesus, we are fighters and have already won the good fight.

“Just Give Me Jesus” is a single that has already been released and is so honest, vulnerable, raw, and amazing. “Just give me Jesus, there’s nothing I desire that can’t be found in you, you’re everything that I’ve ever needed.” There’s no need to explain what this song is trying to say because it says it right there in that lyric. The music is a good mix of simplistic and upbeat.

“Can’t Even Love Myself” is a self reflection on how can we as humans love the God of the universe when we tear ourselves down so much? Then later in the song it is a plea for help, asking God for help to figure it all out. The musical part of this song wasn’t much different from their original stuff, but is still a good song asking a very thought provoking question.

“If We Only Knew” airs on the side of contemporary worship music. Unspoken dips their toes into the water of music that Hillsong has pretty much dominated for a while now, and they do a really good job with it. This is a song that could be played on the radio and sung in a church on a Sunday morning or Wednesday evening.

“Mistakes” has a great guitar part that is heard throughout the song. The message in this song is talking about that we all make mistakes all the time that are woven through the fabric of our lives, but God uses that for His glory.

“Wasted Time” has an intro that is very For King and Country-esque and then leads into something only Unspoken could write. This track talks about that humans waste time and God uses that and makes up for it. The guitar in this song as well is very prominent.

“One Step” starts out with a more eclectic vibe, much like that of Rend Collective. This track does not shy away from tough topics; the deeply personal song is about Chad Mattson’s (Lead Singer) journey to sobriety. “It only takes one step, starts a journey…our God is more than able” are just a fraction of the lyrics of the emotional song. Mattson’s journey was one of recovery and hardship from a dark place. This song shows the power of redemption from a dark place.

Track 14 is a special track…it’s the “Hits Medley: Live From The Roadshow!” The medley starts out with the power anthem about lifting Jesus higher above everything else, without further adieu, “Higher” starts out the inspirational medley. “Good Fight” follows up, a song about Jesus telling us to keep fighting the fight for Him, even during the hard times. Let your light shine with the last track in this medley, “Start A Fire.”

“Bury The Workman– Live From The Reason Tour” is a beautiful rendition of the original song. This track has a meaning that does not lack in enthusiasm for the Gospel. “Bury The Workmen” discusses the importance of the work that Christians are called to do and that attempting to diminish the work of one Christian does not stop God’s ultimate work.

“Help Is On The Way (David Spencer Remix)” is a remix of the song from the original album release. This version speeds up the song but does not take away from the importance.

“Reason (Luke Johns Remix)” is a more personal and vulnerable take on this track. Even when the song speeds up at the chorus, there is a fire in Matteson’s voice that is undeniably full of love for God.

One of the really amazing things about this album is that the songs are not complex metaphors that you have to decipher to figure out. Everything that is trying to be explained in each song is conveyed in a very well done and simple manner. This album sets itself apart from the other projects that they have released in musically in a great way.  Unspoken’s original release of Reason as well as the Deluxe Edition are available now.