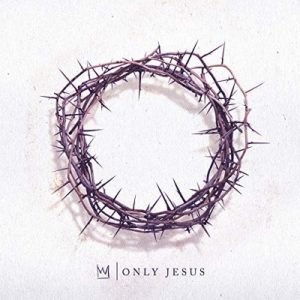 Nobody wants to feel as though they’ve merely taken up space without adding any value to the world. With that in mind, we often to leave behind a legacy via our accomplishments; starting a business, nurturing a family, performing acts of service, participating in arts and athletics, and the like. Even if we’ve already gotten the message that we can’t take our possessions with us, we still seek recognition that will outlive us. Yet again, we’ve made a mistake; believing that our work is only valuable if we receive the credit for it, and continue to be lauded ad infinitum.

When we seek applause for our works, pre- or posthumous, we’ve forgotten that the same Christ in whose power we operate is also the One to whom all glory is due. Therefore, He’s the One whose name we ought to remember above all others. Goodness knows there are plenty of people in the Bible who are never identified by name, only being remembered for the way God used them. Apart from Him, we are useless. Casting Crowns’s latest album, Only Jesus, encourages us to recognize that His name is the only name we ought to praise.

Speaking to the political and spiritual climate we’re in now, “The Bridge” nevertheless recognizes that there is still hope for every wounded and broken person in Jesus. When we show Christ’s love to the people around us, we prove to them that there is a way to “cross” the ravine of unworthiness and find life. We cannot afford to lie and tell people they’re okay because He never did.

“Nobody” asks Jesus why He would pick us for His plans when nobody else, ourselves included, would regard us as significant or good enough. He seems to take special pleasure in choosing unlikely heroes. Matthew West appears on this track to remind us that the folks we revere in the Bible had their flaws, too, but God still thought them worthy of using to further His kingdom. We may not be important to anyone else, but we’re carrying news of the most significant person to anyone who’ll listen.

“Only Jesus” notes that we’re encouraged to promote ourselves to the world by doing things that will ensure people notice and remember us in the years to come. Mark Hall rejects that notion soundly, declaring that he doesn’t want to leave anything behind that points to him, but rather to Christ alone. Ultimately, every monument we build to ourselves will crumble, while the truth we imparted to people has the power to change hearts and lives long afterwards.

“In The Hands of the Potter” recalls having trusted Jesus once. Now, beset by afflictions and wondering when He’s going to deliver us from our troubles, we thirst for relief. We have to remember that we’re being molded into a work of art by skillful hands. The song has kind of a rotating feel to it, like the wheel clay is spun on.

“Even When You’re Running” asks those who are running from God whether they feel the pull of His love regardless. Indeed, there’s no escaping an omnipresent Lord. Whether you believed once and grew cold, or rejected Him outright, there’s still hope. Nothing you can do is more powerful than His love. He’s waiting for you to stop and turn to Him.

“One Awkward Moment” tells the story of a soul left stranded by heartbreak and shattered dreams, yet unwilling to reach out to God just yet. It then drives in the dagger by asking us whether we think throwing them a lifeline is worth our embarrassment. We feel inadequate to share the gospel, or ashamed of our testimonies (or lack of same), but it might make all the difference in the world.

“Awaken Me” startles believers awake with God’s voice, calling them to look around at the way things have changed since they stopped paying attention and fell asleep. When we become complacent, our hands are dirty because we did nothing to stop or speak against it. Group vocals emphasize that this is not just an individual problem, but a sin we are corporately guilty of.

“One More Song for You” muses whether there are any more tributes that can possibly be sung to the Lord, even after all the praises that have been declared about Him in the past. The answer is a resounding ‘yes’. As long as we’re alive, we can always find something more to give Him glory for.

“Start Right Here” delves into the some serious problems the church has: our obsession with showmanship and luxury, at the expense of the gospel; desiring to be blessed with stuff and money rather than holiness; the hands-off approach we take to reaching people, choosing to send money rather than get our hands dirty. We’ve become the very thing we’re supposed to decry. Before we can bring sight to the blind, we have to be able to see clearly ourselves; before we can wash other’s feet, we have to wash our hands. Classic CC all the way, always dosing us with truth, even if it tastes bad.

“The Change in Me” describes the Holy Spirit in many different, yet beautiful ways; the one who patiently waits for us to let Him in, the one who destroys all the barricades we’ve erected, a beacon to guide us, and so many other roles. When we allow Him to live through us, we become better people than we could be alone.

“Love Moved First” confesses to having been lost and feeling as though there was no going back. But Jesus doesn’t expect us to make our way to Him, as if we ever could. He reaches out for us before we can. The song marvels at a love that acted before we asked Him to.

“Home” closes with a soothing track based on Psalm 23 that reminds us that we have no reason to fear in God’s presence. When we rest in Him, we are safer than we’d be in our own home; indeed, he is the true home for our souls.

From the first track to the last, Only Jesus lives up to what Casting Crowns has come to be known for; the kind of honesty that points a finger in accusation and bows a knee in humility simultaneously. They offer censure with the promise of grace, truth tempered by love, and honesty with room for hope. As always, this album has a poignant lesson or encouraging word for everyone.