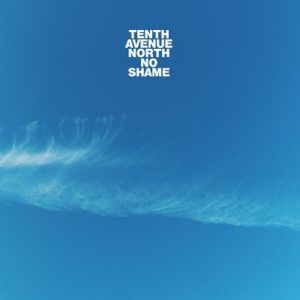 Shame attacks us from all sides. The devil whispers words of condemnation in our ears, reminding us that we’re nowhere near what or where we ought to be. News reports and magazine articles judge us for doing something too often, not enough, or at all, promoting a better way of living than ours. A single photograph, video, or stray comment posted on social media earns the scorn of thousands of people we’ve never even met. We constantly compare ourselves with those in our circle of friends and acquaintances who seem to enjoy a better life than ours, unaware that they envy us and others our lives. Even our feelings come under scrutiny; instead of admitting and expressing them, we’re encouraged to stuff them deep inside where no one can see, or to exchange our emotions for a more popular or appropriate response.

But like every emotion, shame is a two-sided coin. It can bring us closer to God as repentant sinners and beloved children redeemed by the blood of Jesus. But it can also cause us to retreat even further into a hole we believe we can never escape from, thereby fulfilling our own prophecies of certain doom. It is this dark side of shame which we were never meant to bear. With their sixth full length album, No Shame, Tenth Avenue North delivers the message of the gospel once again; that of everlasting freedom, unshackling us once and for all from our past, present, and future burdens.

A 33-second “Intro” briefly explains the sort of shame the album refers to; rather good shame, which convicts us of our sins, toxic shame lies, telling us we are useless and unforgivable.

“No Shame” expresses the freeing feeling of being able to be silly and emotional without having to worry about the opinions of other people. Of being able to approach God in complete honesty, never needing to pretend we’re better and more put together than we are. His grace and love release us from the heaviness of our past and empower us to become what He intended. McKenna Johns from The Young Escape adds her vocals to this liberating song.

“Heaven Is Now” confesses to having longed to immediately fly away to heaven in order to escape the trials of life, instead of participating in God’s work here. Rather than letting the world self-destruct, we have a responsibility to make a difference in whatever way we can, and by so doing, we enable God’s kingdom to manifest here and now.

“Someone To Talk To” cries out for a listening ear among the church that won’t judge, silence, or shame us for having the thoughts and feelings we do. The one place we think we can find solace and hope can often be a disappointment. Mike Donehey convincingly portrays the angst of suffering from bottled-up issues and the pain of repeated and anticipated rejection by the ones who were supposed to embrace us.

“Voicemail” is a recorded message of unwavering support addressed to someone who has become alienated from their community after admitting to their struggles.

“Greater Than All My Regrets” steadfastly proclaims that God outranks and defeats the voices that remind us of who we used to be. He freely offers mercy no matter what we’ve done, so we can trust Him to sustain us through our trials. Even though it hurts Him deeply when we fall short, He invites us to have another chance.

“The Future” reminds us that dreading and fantasizing about the future can blind us to the beauty and wonder surrounding us where we are. If we can open ourselves to every possibility and its potential, every reality and its splendour, knowing God keeps us through joy and pain, we find a new kind of freedom.

“Paranoia” encourages us to push back against the unfounded fear and hatred we’re taught to embrace. Just because we have a difference of opinion or background doesn’t mean we can’t come together. Donehey warns us that paranoia will be our ruination otherwise.

“Reaching” disputes the notion that we lose our relevance and influence with time. As long as we’re alive, we have a purpose in this world; to motivate the next generation and activate others who believe their time has come and gone. There’s something even better waiting for us.

“Call My Name” expresses the difficulty of determining the sources of the myriad thoughts swirling around in our mind. God’s voice is the one sound that elevates itself above the others, soothing our troubled minds.

“Space To Speak” is a confessional song about being too busy and distracted to hear the voice of God most times, but finally slowing down enough to hear what He’s saying. We often feel like our time could be better spent getting something else done, rather than seemingly wasting it by waiting on Him. For that, Donehey asks forgiveness and prays that God will speak to Him, as he’s listening now.

Lastly, “Always Been You” recognizes that everything we love will eventually draw us back to the one who created and blessed us with it all, for His glory and our good. Nothing will ultimately satisfy us except the One who made us to love Him.

Tenth Avenue North approaches the burden of shame from both sides of the problem; that of the wronged and the wrong, the forgiven and forgotten. No Shame is comprised of prayers for peace, confessions of guilt, pleas for understanding, and revelations of truth, leaving listeners with an overarching sense of hope for the days ahead.