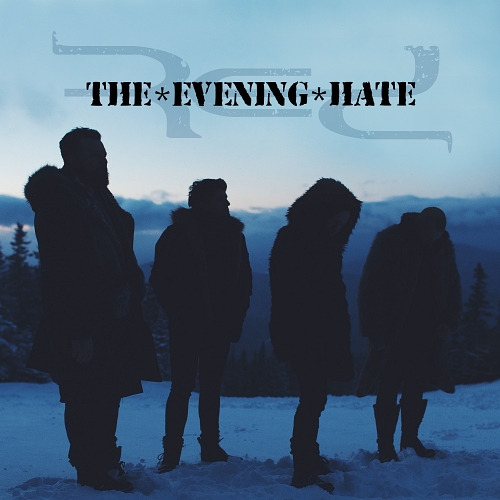 Since crashing onto the Christian music scene in the summer of 2006 with their debut record End of Silence, Nashville-based rock band RED has long been one of my favorites.  When I spoke with the band’s bass player Randy Armstrong (Interview here) back in 2017 upon the release of Gone, (the group’s final record under their contract with Provident’s imprint Essential Records) Randy noted that the future of the band was up in the air now that their record deal was up.  Was the band to continue making music together on the independent circuit, or would the band call it quits.  Only time would tell and thankfully The Evening Hate EP answered that.  Although the EP contains only two new songs (with two versions of the first two singles “The Evening Hate” and “From The Ashes”) along with a cover of the band Fuel’s 2000 hit single “Hemorrhage (In My Hands)”, it showed tremendous promise in what the band is capable of taking on the independent route again for the first time in nearly 14 years.

RED has always had a knack of writing songs that take despair and hopelessness and creating a path to the light and the first single “From The Ashes” really highlights that very message the band has been known for.  Bassist Randy Armstrong talks about the song reflecting “on where our minds can go when we’ve hit the bottom, You’ve been written off, left out in the cold because the world doesn’t care about your situation and nothing in the past matters much today. It’s about having the motivation to rise and turn your failure and mistakes into success and survival.” In addition, the added cover of “Hemorrhage” was a pleasant surprise.  Being a fan of the band’s covers of Sia’s “Unstoppable” (from 2017’s Gone) and Duran Duran’s “Ordinary World” (from 2009’s Innocence & Instinct), I thought we might have to wait a while long until we heard another cover.

Although The Evening Hate EP is short, it shows a lot of promise. It also goes to show you that a band can still remain at the top of their game even despite not being signed to a major label.  The EP’s songs feature the same melodic and orchestral rock sound that we’ve fallen in love with over the years and if this serves as an indication on what we can expect from RED in the near future – that future remains bright (and heavy).  Look for the band to release more new music in 2020 as they play Christian music’s biggest annual tour in Winter Jam Tour Spectacular 2020.